Indonesian Today – As the fighting between Israelis and Palestinians continues to escalate, the social media platform TiktTok has become a forum for broadcasting tensions.

Known for its viral dance content, this video app is now the main platform for sharing news and has an estimated 700 million active users worldwide, most of whom are young people.

Footage of rocket fire in Israel, destruction in Gaza and Palestinian protests all went viral on the platform. This has brought conflict to the mobile screens of people all over the world.

But there are also concerns that TikTok and other social media sites are spreading lies or extremism.

The violence that occurred this week in Gaza and Israel was the worst since 2014.

It comes after weeks of escalating Israeli-Palestinian tensions in East Jerusalem, which culminated in clashes at the holy site revered by Muslims and Jews.

Even before the latest fighting erupted, tensions between Palestinians and Israelis were already brewing on TikTok.

In April, a video of a teenager in East Jerusalem slapping two Orthodox Jewish boys on public transportation went viral on the app. Police arrested two suspects the following week.

Users uploaded a video with the hashtag #SaveSheikhJarrah, referring to the threat of eviction of Palestinian families in East Jerusalem. Such videos are now widely viewed and shared around the world.

Chris Stokely-Walker, author of TikTok Boom: China, the US and the Superpower Race for Social Media, told the BBC that TikTok’s ease of use and wide popularity allowed its content to spread quickly. 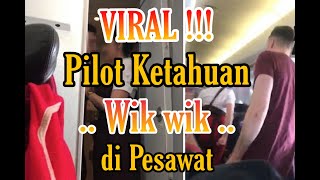